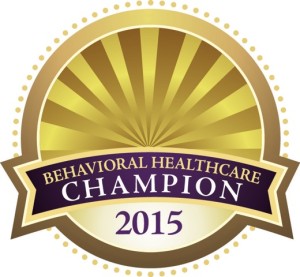 When Creative Health Services moved its location in 2008, it brought along some new neighbors.

Andrew Trentacoste, PsyD, MBA, the center’s CEO and clinical director, had approached a local primary care clinic that was hunting for a large treatment space and suggested they team up, not just as tenants but as providers in the community. That conversation helped propel both organizations forward on the path to integration.

“Integrated health to me is people on the front lines working together for a common cause, and that common cause is to improve the health and wellness of our clients,” Trentacoste says.

Today, the 43,000 square-foot Health Services Center building in Pottstown, Pa., functions as a hub for health with primary care and behavioral health services delivered under one roof. There, provider collaboration and close proximity create a “no wrong door” approach to care. In other words, a patient who needs primary healthcare, behavioral healthcare or both can walk in and find integrated services.

Trentacoste says the population that the providers serve—85 percent are Medicaid enrollees—too often get lost in the system because of fragmentation. The Health Services Center aims to reduce fragmentation with its model of co-location of services and common points of entry. The center now includes a dental provider and a pharmacy as well.
“Over the past eight years, the goal has been to build on the model and become even more tightly woven into the fabric of social support, of which, healthcare is primary,” Trentacoste says. “We are one component, and we are obligated to stitch ourselves together with other providers of healthcare and social supports.”

When the integration plan emerged, Trentacoste made an extra effort to train for the new model and earned a certificate in primary care behavioral health from the University of Massachusetts. He says he wanted to learn the language of primary care and understand its nuances. 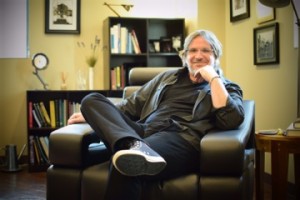 “For me, it was about the perspective of learning that larger treatment system and culture so we can present ourselves as an aspect of it that is being underutilized,” he says. “We are a specialty aspect of care.”

To begin an integration effort, Trentacoste recommends centers start with conversations and informal connections with local primary care practices so behavioral health isn’t a “black hole” in the care continuum. Family doctors often bemoan the way patients fail to follow doctor’s advice, and behavioral health providers can offer a quick win with their clinical expertise in motivating change and inspiring patients to take care of themselves and their families.

In an even bigger context, beyond the integration strategy with the primary care provider, Trentacoste is also collaborating through the local healthcare council, which is working on pilot projects in population health to reduce utilization among frequent users of the ER and reduce readmissions for patients with chronic obstructive pulmonary disorder.
“Our decision to physically relocate and join together with the health center—in a more attractive way than is usually expected in our service system—sparked a lot of interest in exploring the relationships further,” he says.

Trentacoste recommends that as part of integration, providers should examine ways to measure comprehensive outcomes and make improvements when needed by leveraging evidence-based treatment protocols. All Creative Health Services patients have treatment plans developed with outsourced measurement tools that are designed to track progress. One benefit is that the tools demonstrate to patients that their caregivers are helping them. In addition, the stakeholders can also see that treatment is working.
But even more so, he says, a publicly funded entity should be expected to show results.
“It doesn’t sound like a big deal, but the act of measuring the progress we’re making and the outcomes we’re delivering has created an environment where we can generate resources we never could before,” he says.

“We were able to show results not just with stories of client success but with numbers and data that was meaningful to them and their donors who want to see those results,” Trentacoste says.

He believes the extra layer of work that comes from tracking and aggregating results is more than offset by the benefit of proving value and effectiveness, which leads to new resources. He sees it as less work, not more. The tools are there, he says, behavioral healthcare leaders just need to use them.

June 16, 2015 by Julie Miller, Editor in Chief,
Behavioral Healthcare, The Business of Treatment and Recovery

Wellness and health begin in the home and touch all aspects of life, allowing individuals and families to grow and thrive.

Resilience is the ability to become strong again after something bad happens–resilient children and adults learn to communicate with others, solve problems, and successfully manage negative thoughts, feelings, and behaviors.

We believe children, individuals and families can RECOVER with connection and support.

Recovery  is a “process of change through which individuals improve their health and wellness, live self-directed lives, and strive to reach their full potential.”

We are committed to supporting each individual through this journey, which will involve challenges.

We believe children, individuals and families can RECOVER with connection and support.


Recovery  is a “process of change through which individuals improve their health and wellness, live self-directed lives, and strive to reach their full potential.”


We are committed to supporting each individual through this journey, which will involve challenges.